Happy holidays! Well, in preparation of the holiday party and New Year season, I have a little recipe for you all. I have seen feedback that many people don’t like getting a story before the recipe so I’m going to post the recipe straightaway. If you want to hear about Wassail – go read below the recipe for that.

Instructions
Put all ingredients in crock pot. Cover and cook on high for 1 hour, then on low for 4 to 8 hours.
Serve warm from crockpot..

Wassail is hot mulled cider – many different formulations exist over different cultures – my mother’s family is part British so it’s possible this is an old family tradition. I was always under the impression that most of my family’s traditions derived from their time spent stationed on the Army base in Germany though.

The word, according to Wiki, is derived from the Medieval Christmastide tradition of wassailing – or an English drinking ritual to guarantee a good harvest in the new year.

Wassail is a drink that we have made every single holiday as far as I can remember. Thanksgiving – when we celebrated it – included putting the Wassail on early in the morning and beginning to drink it by noon. Also, I personally have never had the alcoholic version, so this was a very innocent tradition from my childhood.

When I had my first holiday party in our home in Atlanta, I made wassail as one of the things I had – it was one of the biggest endeavors I ever undertook – but it was so much fun! I haven’t managed to replicate it in Baltimore mostly because of the size of our row home.

Hopefully you enjoy this recipe too! Let me know what you think. 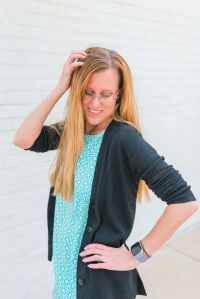 Jennifer has lovingly been nicknamed Little Light, because she is a mere five feet tall – and her tenacity and perseverance in activism while still holding space for mindfulness and healing has been said to be a light to others.